The History of Presbyterian Women

PW history goes back 200 years. The early immigrants brought with them the belief that men were in charge and were the leaders of society. Thus, the work and support of women in society and in the churches happened in the background and their support was invisible. In the churches, men administered the sacraments, wrote the prayer books, preached the sermons, said the prayers, and made the decisions. It was an age when women had no role outside the home. Their roles were viewed as wives and mothers.

Throughout American history, the majority of the members of the Presbyterian congregations have been women. Women provided the necessary support for the church to do its ministry and to grow. They provided and affirmed the moral role it and its members contributed to the country. Because of their support, especially in the areas of missions and education, many men began to recognize that women were ‘useful’ in the House of God.

What part did they play as they supported the leaders from the background?

But no matter how great their contributions, women were asked to take a backseat to male religious leaders. Within a short time, many women found this supportive activity was not enough and began female groups in which they could promote projects of their own; initially these were to aid the poor, the orphaned, and the needy seminarians. As time passed, women’s roles have changed and women’s groups have changed to allow them to meet the needs of themselves, their congregations, and the people of the world.

As women sewed together, prayed together, and raised money together, they learned by experience skills they had not learned in school. Instead of how to take care of house and family, they were now learning how to organize meetings and handle money.

Two centuries after the first women of the Presbyterian Church gathered to pray and donate their money to the church, PW exists today because women are adaptable, determined, proactive, charitable, generous, and dedicated to God. Just as women’s groups have changed through the years, PW now has to assess its strengths and needs, and be willing to continue to change when the need occurs. 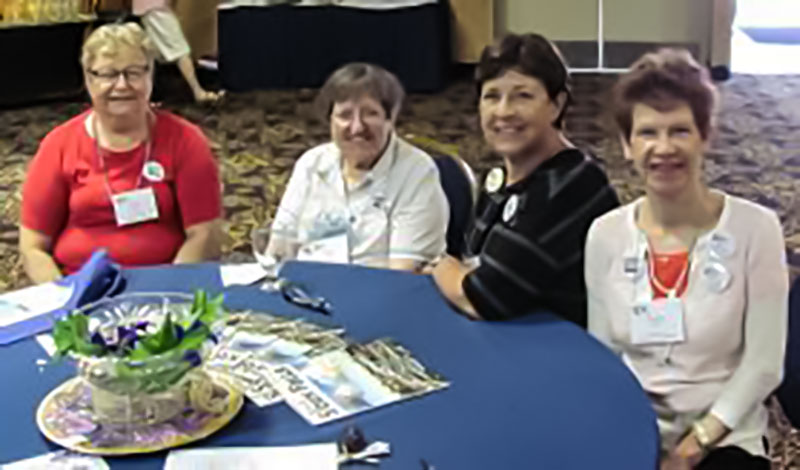 We’d love to meet you and learn more about you. Click the link below to find out how to get in touch.