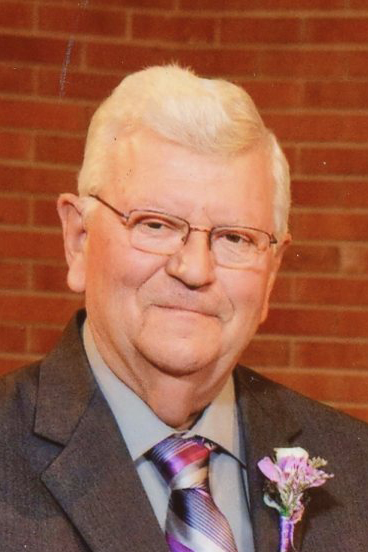 Lawrence “Lew” Elmer Christensen, 76, of Brookings, passed away on Saturday, Nov. 7, 2020, at the Brookings Health System. The funeral will was a private family service.

Lawrence “Lew” Elmer Christensen was born Nov.21, 1943, to Florence (Olson) and Elmer Christensen. He grew up on a farm south of Flandreau where he attended Blinsmon Country School. Growing up, Lew was a member of the Sioux Valley Baptist Church, rural Trent, and the Trent Baptist Church in Trent. He graduated from Egan High School in 1961. He attended Sioux Falls College and graduated in 1969.

He farmed for many years before attending the North American Baptist Seminary in Sioux Falls graduating in May 1991. Lew was ordained into the American Baptist Churches Denomination in April 1992, while serving at the Viborg Baptist Church in Viborg. Lew served there until 2000, when he accepted the call to Huron Baptist Church, Huron. Lew retired to live at his beloved Lake Campbell in 2006. In retirement Lew returned to serve at the church he had loved as a student pastor, Wentworth Presbyterian Church. Lew was still serving there at the time of his death.

Lew served on the Blinsmon township board and spent many years as a director and camp pastor at Baptist Camp Judson in the Black Hills.

Lew was a talker and loved visiting with anyone about anything. He loved living at the lake and seeing the seasons change. His family meant everything to him and his greatest joy was to see his children and grands and great-grands enjoying the lake, too. No one had more fun than Lew watching the boys tube behind the boat or the little ones catching their first fish.

Lew was preceded in death by his parents, and two sisters, Doris Larson, and Ruth Eikmeier.

Memorials may be directed to Camp Judson.

For those of you who would like to send a card to the Rev. Christensen’s family, the address is: